Particulate matters of the heart: Air pollution and cardiovascular function 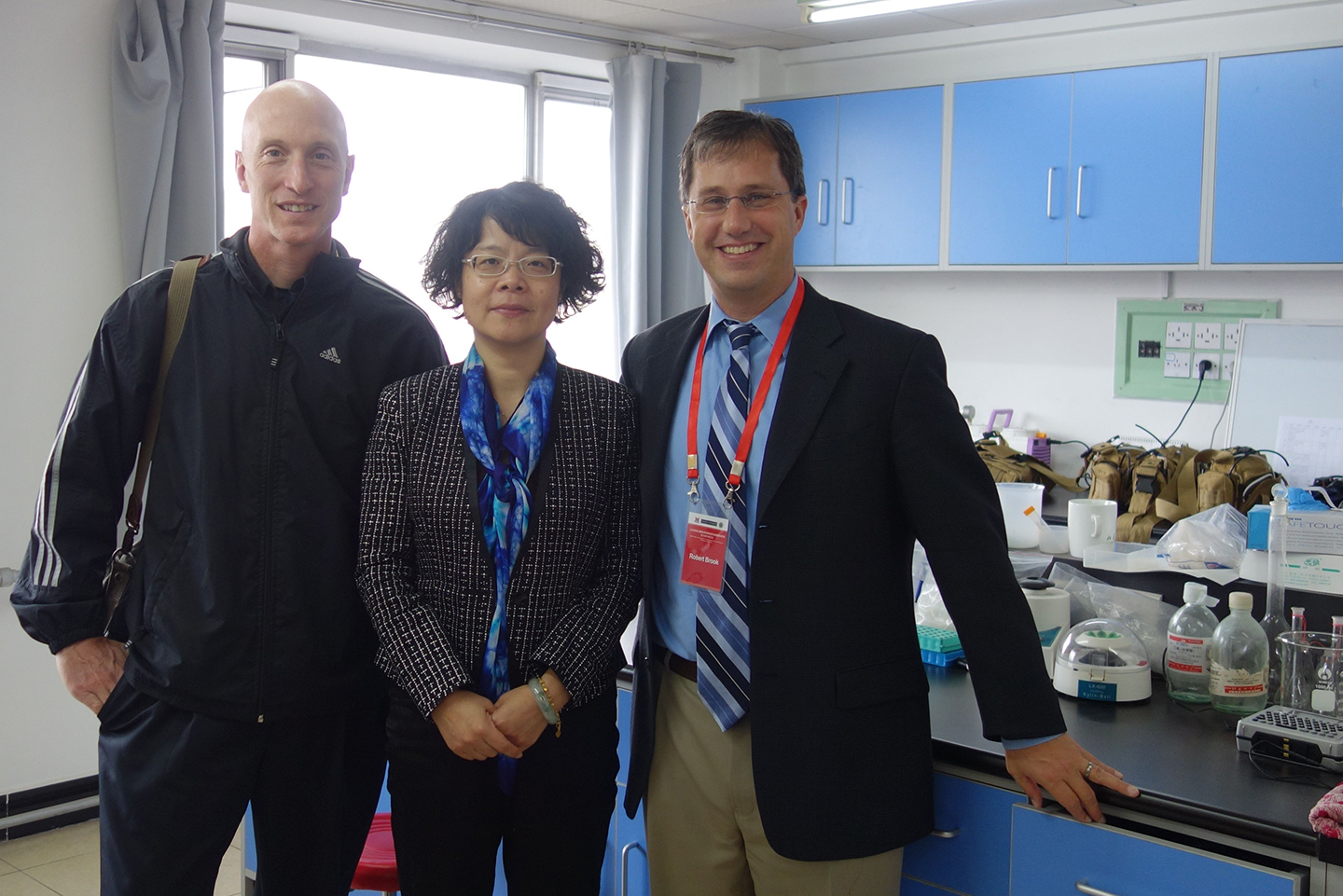 Short-term exposure to high levels of air pollution can cause elevated blood pressure even in healthy adults, according to a newly published paper by Joint Institute researchers.

Michigan Medicine Professor of Cardiology Robert Brook and his partner, Research Professor Wei Huang at the Peking University Health Science Center (PUHSC) School of Public Health, have been studying how air pollution impacts cardiovascular function in both Beijing and Ann Arbor. Their recent publication in the American Journal of Hypertension marked the first research of its kind to harmonize studies of healthy people in Beijing, where air pollution levels are typically high, against counterparts in southeast Michigan, with comparatively clean air.

“We’ve done international studies before and seen blood pressure-raising effects of air pollution in both Beijing and in Ann Arbor, but they were done with participants who are already at higher risk factors for cardiovascular disease,” said Brook, MD. “We’d never really done a comparative study with completely healthy people like this.”

Participants wore a small device to monitor air pollution levels for a 24-hour period before reporting to the clinic, where researchers took their blood pressure and gathered other biometric information. They repeated this process multiple times. The air quality data from their wearable monitors, supplemented with regional monitors in both locations, allowed the researchers to see if and how exposure to varying levels of pollution impacted blood pressure. In Michigan, there was no appreciable impact. Not so in Beijing, where the outdoor air pollution levels during the testing period were higher by factor of nearly 10.

“Even if you’re a healthy person living in Beijing, the pollution will still impact your blood pressure. The effect is typical of what we would expect to see if someone’s weight changed by five or ten pounds,” said Brook. “That kind of increase, while relatively modest at the individual level, cumulatively translates to a very large public health risk when you extrapolate across a city like Beijing of more than 20 million people.”

A forthcoming paper in the American Journal of Cardiology (in press) demonstrates the negative impacts Brook and Huang saw on HDL particle function in healthy subjects, and the team has garnered external funding for a future study exploring the effectiveness of face masks and indoor air filters in China.

“We now have a grant to study the effectiveness of face masks and indoor air filters for people with coronary artery disease,” Brook said. “This has been a phenomenal partnership. The best thing that’s happened has been forging collaborations with like-minded colleagues in cardiology and public health at PUHSC. The relationships have been really rewarding and have opened new doors for me.”