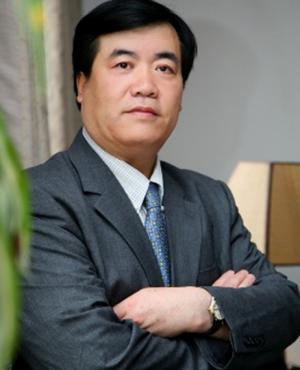 As cancer researchers, new technologies present us with exciting opportunities to address challenges in the field on a global scale. For instance, most cancer diagnostics do not undergo comprehensive testing in diverse patient populations, even though genomic studies have found important molecular differences in cancers between ethnicities. For cancer biomarker development, several validation centers exist in individual countries, but global validation centers are lacking. To address this need, we propose to form the Michigan-Peking Cancer Biomarker Collaborative with the objective of developing novel cancer biomarkers across patient populations in China and the United States, the first- and third-most populated countries in the world. We will begin the Collaborative with development of biomarker assays for detection and risk stratification of prostate cancer. Current prostate cancer screening methods, such as prostate-specific antigen (PSA) testing, have several pitfalls that limit their utility, with one of the most pressing issues being that they are not able to identify potentially aggressive disease to guide appropriate treatment. In collaboration with academic and industry partners, our group at Michigan Medicine previously developed the Michigan Prostate Score (MiPS) test that combines urinary transcript levels of TMPRSS2-ERG and the long non-coding RNA (lncRNA) PCA3 with serum levels of PSA to detect clinically significant prostate cancer, providing a more accurate assessment than PSA alone. However, the transcripts included in our current MiPS assay are not specific to aggressive disease. In the time since MiPS was established, we have performed several studies that have led to a vast compendium of novel prostate cancer-associated transcripts, including thousands of lncRNAs and circular RNAs (circRNAs). For the studies in this application, we will leverage these discoveries to generate a novel expanded quantitative PCR-based MiPS assay (MiPS-QPCR) and a next-generation sequencing-based MiPS assay (MiPS-NGS) that can detect high grade prostate cancer non-invasively with urine samples. Development of MiPS-QCPR will allow rapid clinical transition from our existing MiPS test, while establishment of the MiPS-NGS platform will provide more levels of biomarker information (genetic, transcriptional, and epigenetic). We will also leverage the expertise of our team at Peking University Health Science Center (PKUHSC) in machine learning and metabolomics approaches to develop a complementary lipidomics biomarker assay for detection of aggressive prostate cancer with plasma or urine samples. Critically, all assays will be validated and fine-tuned for accuracy in patient populations from both institutions. The aims of the Collaborative are ambitious but will lead to impactful results for cancer patients in both countries, and it is our goal to become a model global biomarker validation center to fill a current void in this vital arena.