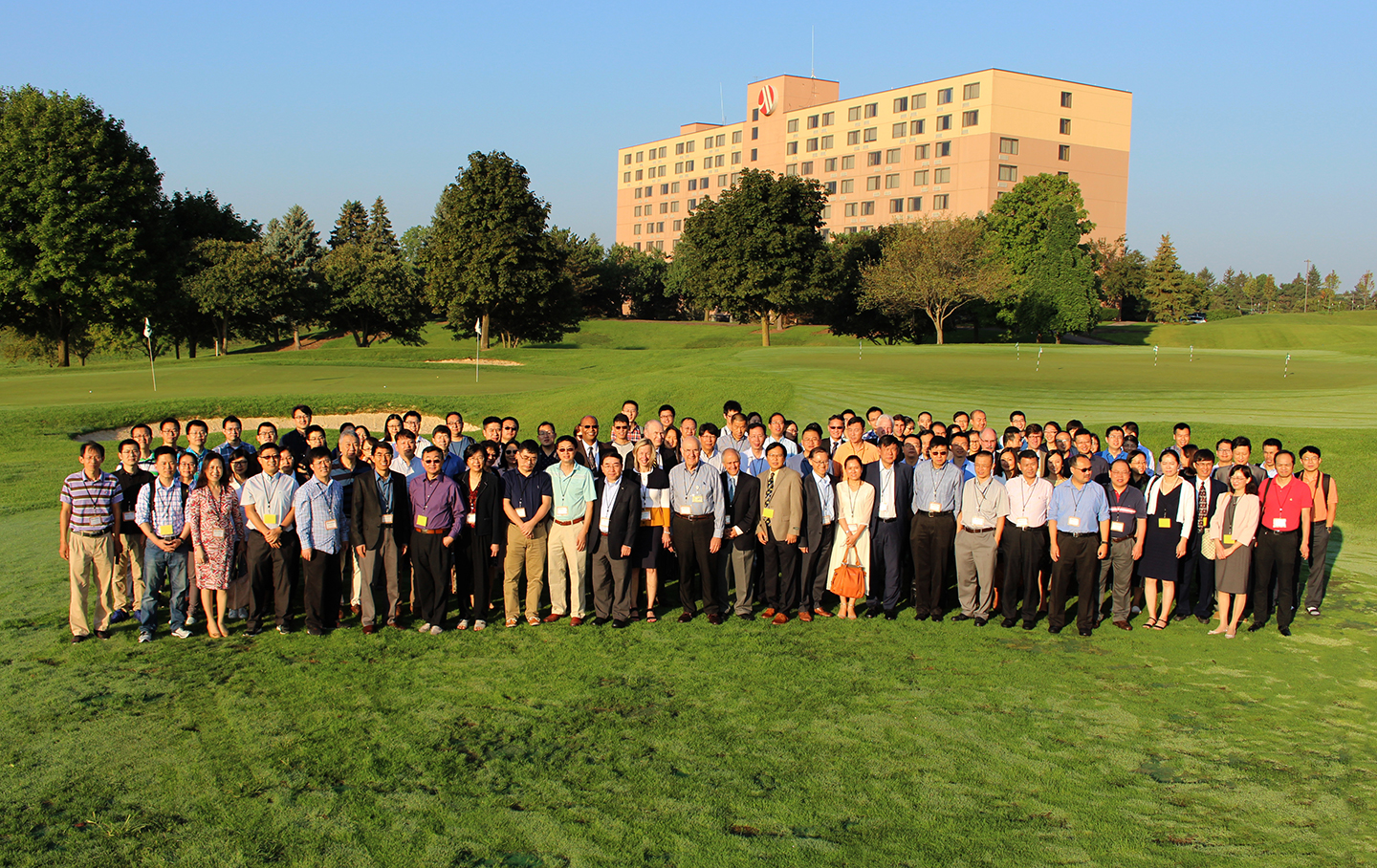 U-M alumni from institutions across China traveled to Ann Arbor for a Michigan Medicine-hosted biomedicine conference.

While several reunion-style events have taken place in recent years in China, this marked the first year that Michigan Medicine has hosted the large group in Ann Arbor, a chance for the one-time UMMS students to showcase their current work for their peers and an opportunity for the institution to tout and strengthen its broader relationships across China.

“There is a long history between U-M and China, particularly in the medical school, where hundreds of Chinese students and scholars have trained. Many have gone on to prominence as leaders in the biomedical field both back in China and in the United States,” said Eugene Chen, Frederick G L Huetwell Professor of Cardiovascular Medicine, who helped organize the conference with Shaomeng Wang, Warner-Lambert/Parke-Davis Professor of Internal Medicine, and Weiping Zou, Charles B. de Nancrede Professor of Surgery.

A few dozen alum now working at various US institutions also participated, including Kunliang Guan, Distinguished Professor in the Department of Pharmacology at the University of California San Diego and Weihong Tan, Distinguished Professor of Chemistry at the University of Florida. Several U-M leaders attended as well, including U-M Vice President for Research Jack Hu, UMMS Executive Vice Dean for Academic Affairs Carol Bradford, and others.

“Of all of our (global health) collaboration platforms, China is without a doubt the one with the most energy and interest. Our medical school was accepting students from China back in the 1800s,” Kolars told the group. “When I look at the power of the relationship between China and the University of Michigan, it’s clear we would be a lesser institution without that bond.”

Because the attendees also included many current UMMS faculty researchers, fellows, and PhD students, the event fostered potential future collaborations as well. Several faculty have already reached out to Chen and his co-organizers about promising connections made with new colleagues who share common research interests. A 2019 meeting is already planned, hosted in China at the Xiangya School of Medicine.

“As the first reunion like this hosted in Ann Arbor, the event was a success,” Chen said. “It was an opportunity to promote Michigan Medicine excellence and our legacy among this prominent group of scholars, many of whom went away engaged and excited to work together on new biomedical research. I am grateful to those who made the trip and our UMMS colleagues who supported us in the conference.”