Sepsis project milestones: Without JI support, we could not come to this stage 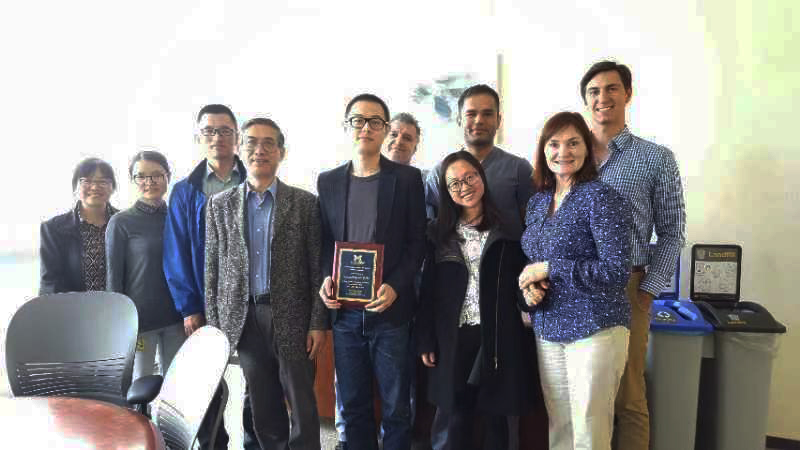 A Joint Institute project launched in 2015 to identify and stop potentially lethal sepsis could now hold implications for COVID-19.

They also have a patent on a novel anti-citrullinated histone H3 (CitH3) antibody, and hold a partnership with a UK-based company to develop a humanized version of the antibody, which is intended to interrupt the same severe immunoresponse processes implicated in the rapid deterioration of some COVID-19 patients.

“Our primary discovery is that CitH3 is a significant driver of sepsis,” said Li, MD, PhD. “Since the onset of the pandemic, it’s been shown that CitH3 may serve as a biomarker to help diagnose COVID-19. Further, it’s possible that the antibody we’ve developed could potentially be effective in stopping the cytokine storm response and ameliorating ARDS that can be the cause of COVID-19 deaths.”

Li first met his primary PKUHSC collaborator, Dr. Wang, during a personal visit to Beijing in 2013. The two discovered they had a lot in common. Both attended the same medical school in China, Xian Medical University, though at different times, and both shared a common research interest in trauma and sepsis. At the time, Li wasn’t aware of Michigan Medicine’s then relatively new partnership with PKUHSC.

“I didn’t know the JI. It was introduced to me during a meeting and that amazed me, because I had just recently met Dr. Wang at PKU. We started working on a joint proposal right away,” Li said.

Their first project, launched in 2015 and conducted with Drs. Alam and Jiang as Co-PIs, identified the importance of CitH3. The group’s JI award, given in 2019, is to build on that discovery through the creation of the antibody. The JI project brought three PKUHSC scholars to Ann Arbor for extended periods to work in Li’s lab.

The culmination of the effort is an NIH R-01 grant that will be potentially funded.

“Without the JI support, we could not come to this stage,” Li said. “Like a snowball, once you begin pushing something downhill, it grows larger and larger.”