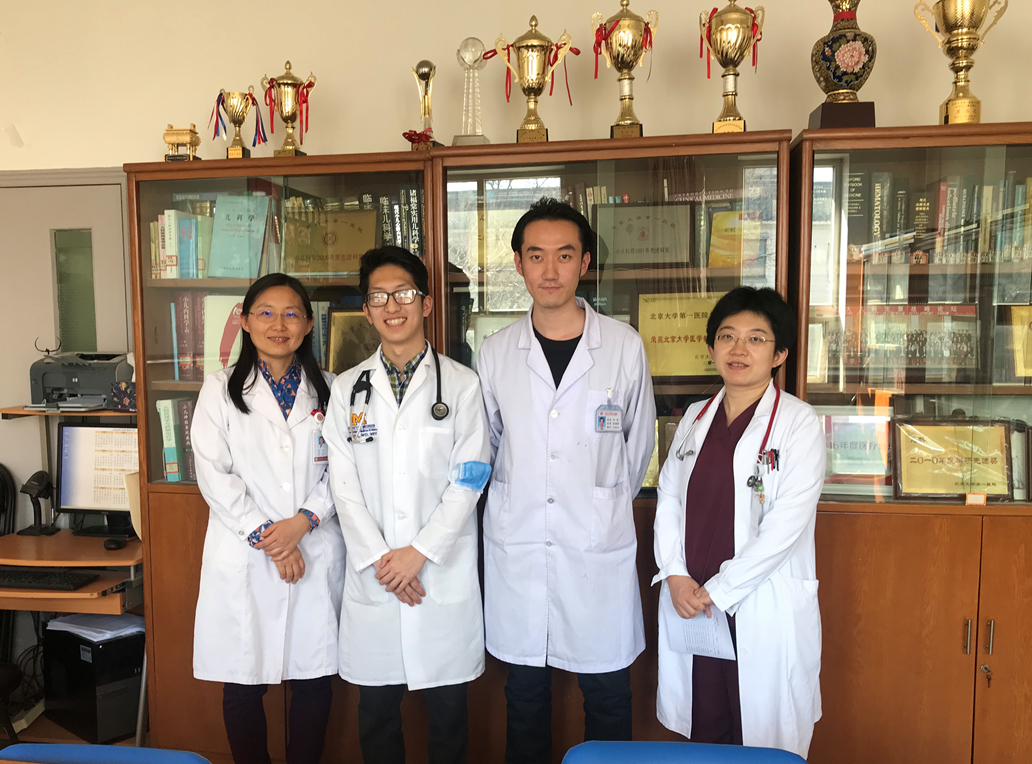 One UMMS resident’s recent rotation in China included clinical work plus a little something extra that could help shape how visitors to UMMS are received.

Pediatrics-Internal Medicine resident Mark Kluk spent the month of March at Peking University First Hospital, in Beijing, where he launched a research project that seeks to understand how Chinese medical students and post-graduate learners perceive the value of international educational experiences.

“The basic idea was to delve deep into their perceptions on the value of these rotations. In our own medical education culture, we value it highly. It’s a popular thing to do. I wanted to see how they felt about it because there is a significant difference in the culture around medical education,” said Kluk, MD, MPH, who visited PUHSC’s Beijing campus in March to conduct the research.

The research project, conducted with First Hospital pediatrician Jianguang Qi, may help advance educational exchange programs between PUHSC and UMMS, and potentially beyond; while Kluk’s initial survey focused exclusively on pediatrics residents and students from PUHSC, a follow-up survey is planned for a broader cohort including students from other medical schools.

“In addition to clinical work, I wanted to do something academic that would be meaningful and potentially useful to both institutions long after my short visit was over,” Kluk said. “With the information we gathered, we’re hoping to begin shaping a curriculum for visiting international students and residents.”

Kluk was able to survey nearly 60 residents and students during his visit. The vast majority were interested in some sort of international rotation, preferably in the United States or Canada. They are primarily interested in clinical rotations (versus research or didactic-focused experiences), and are most attracted to specialty or sub-specialty rotations (as opposed to general pediatric rotations). It was productive month, considering it was Kluk’s first-ever visit to PUHSC.

“I think I got much more out of it than I was expecting, and that has to do with selecting a site where U-M has an ongoing partnership,” Kluk said. “I felt very supported. That one of my biggest takeaways – when we host visiting residents here, we need to make sure we have a similar support system in place because it helps people have formative experiences.”